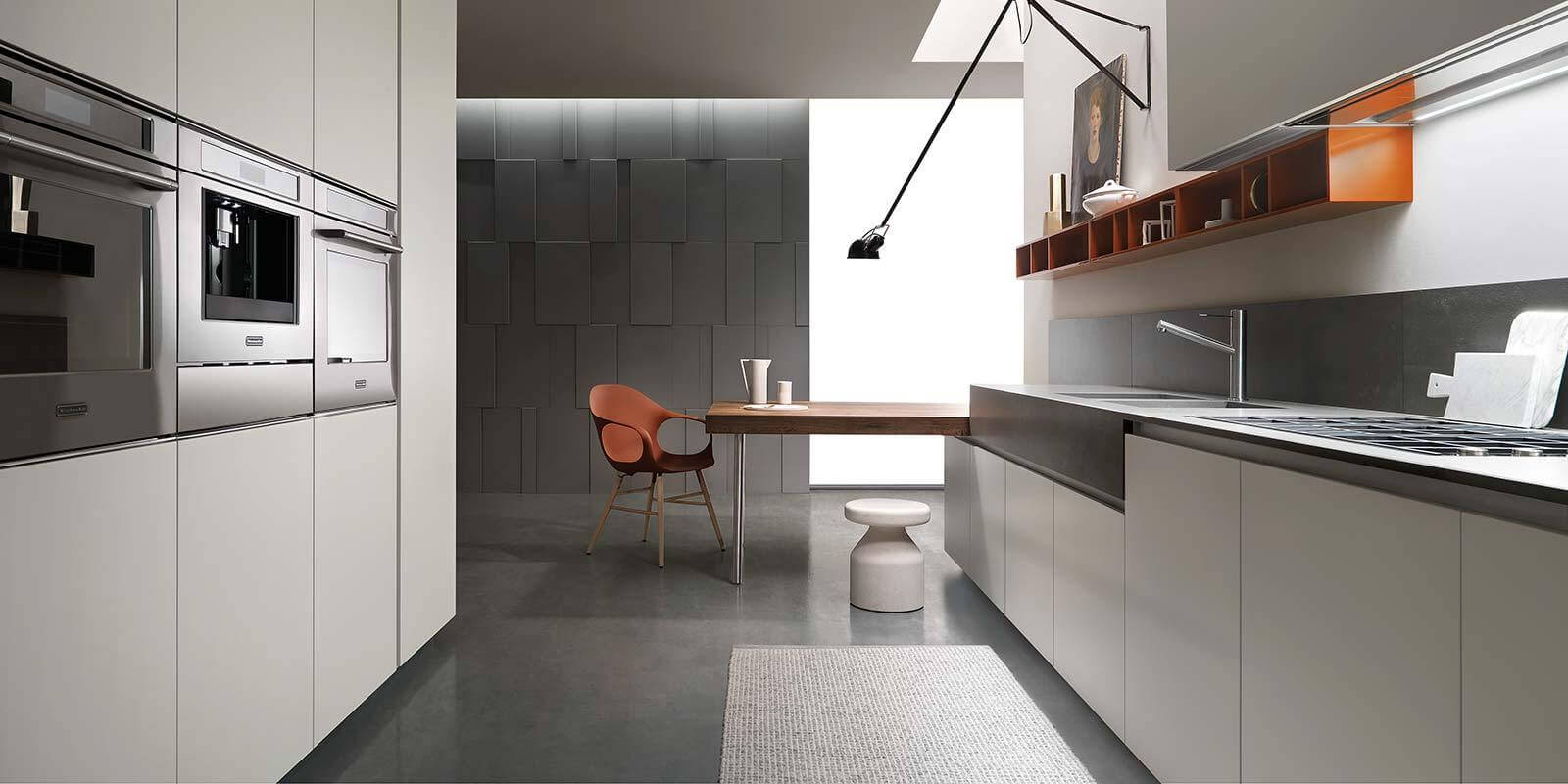 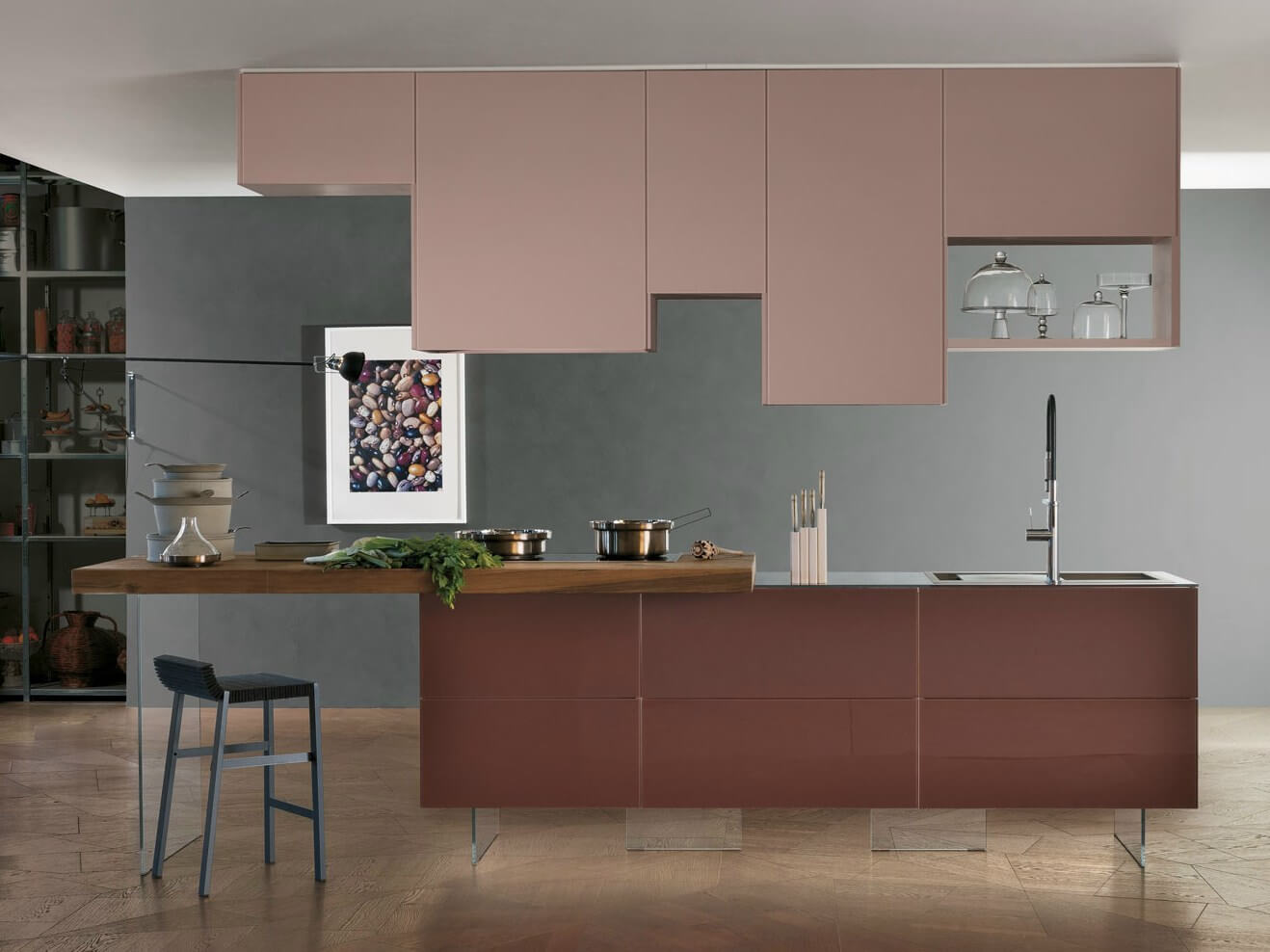 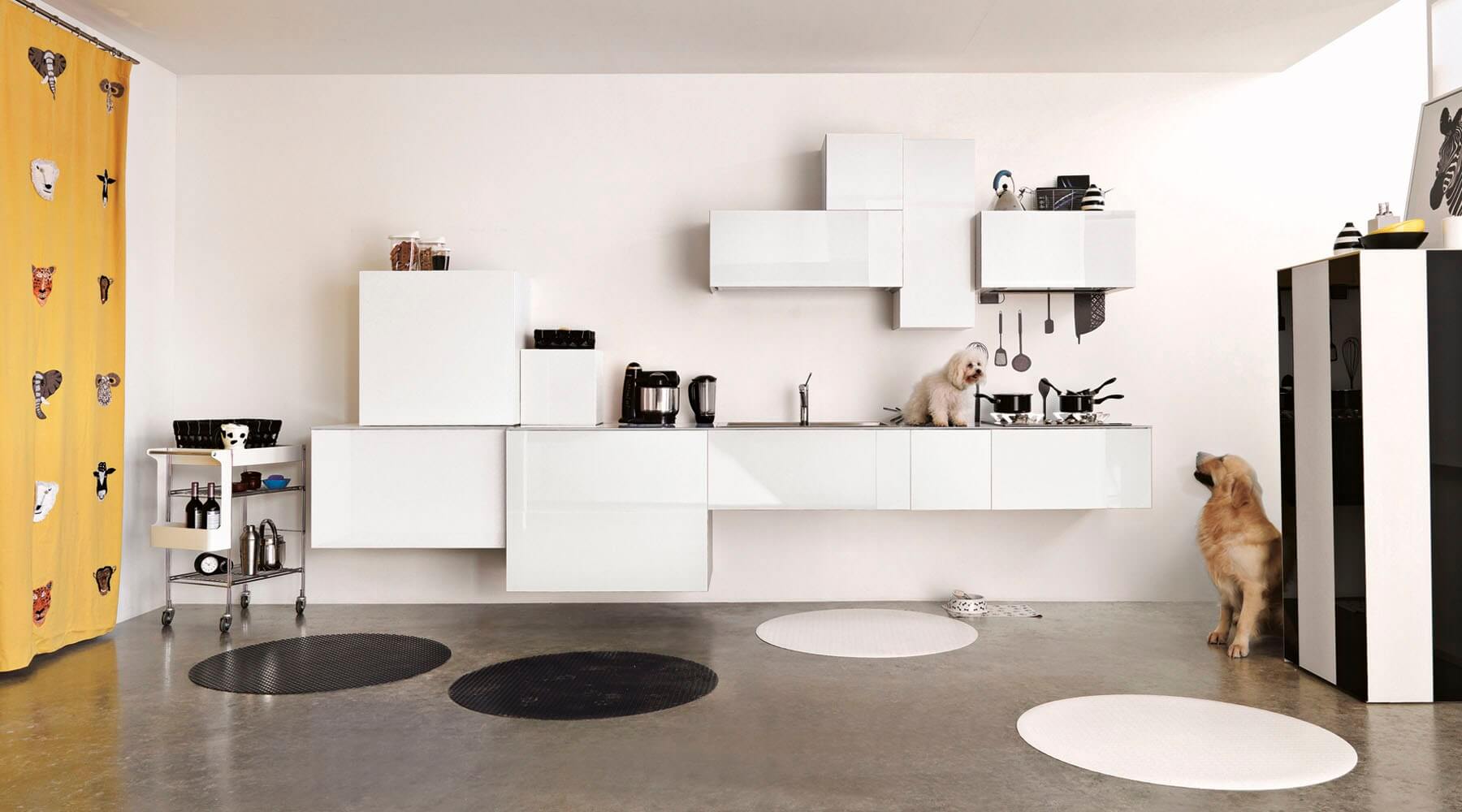 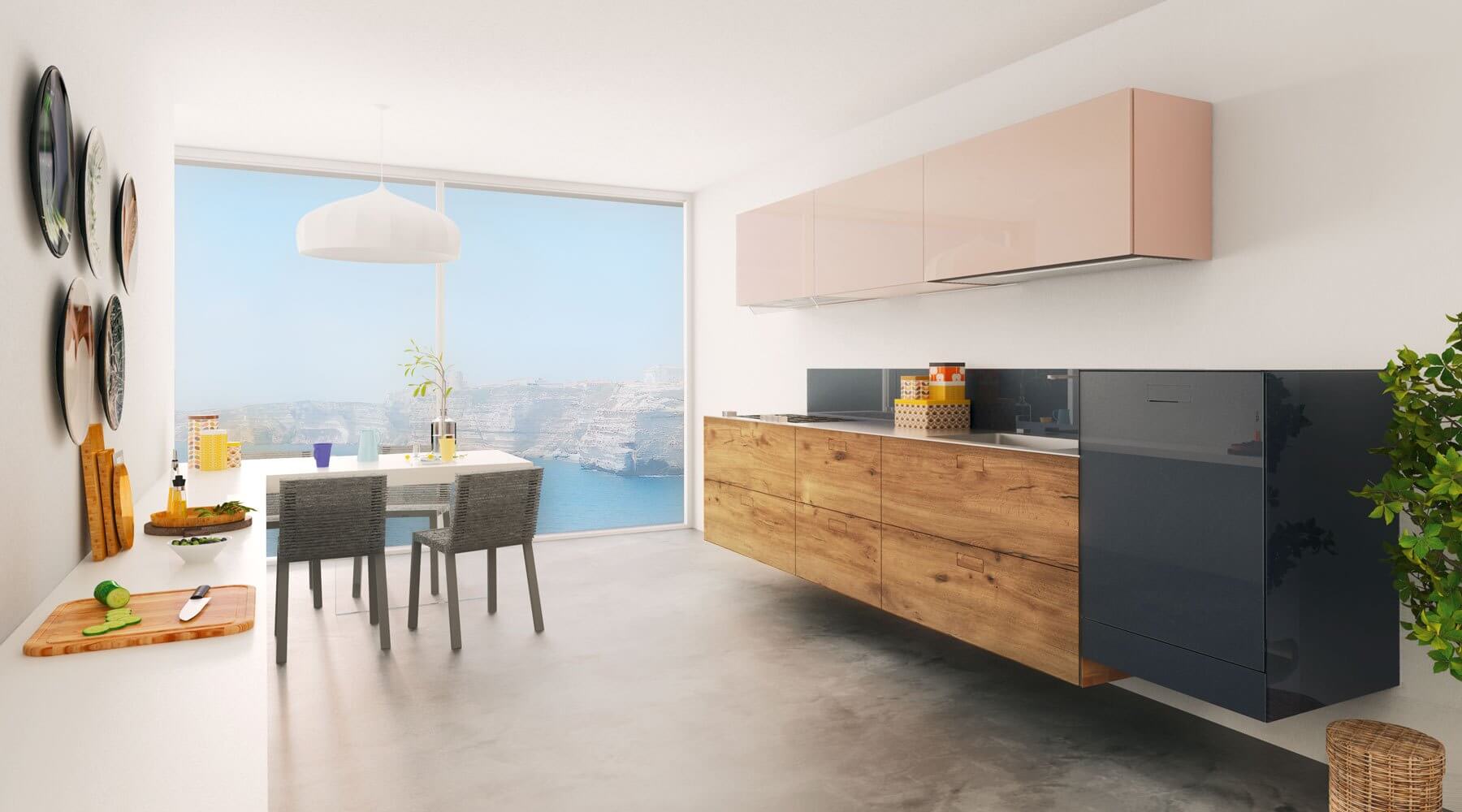 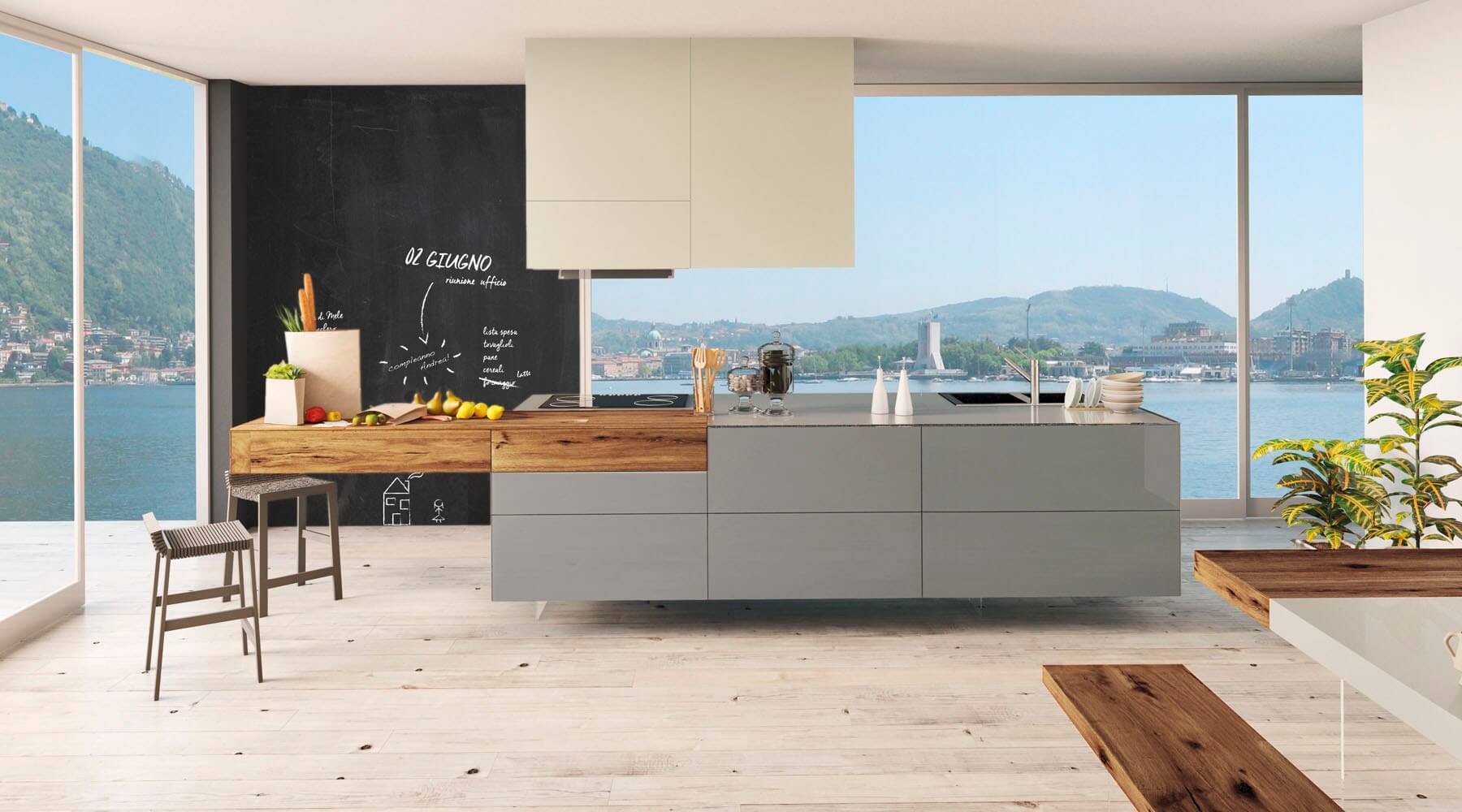 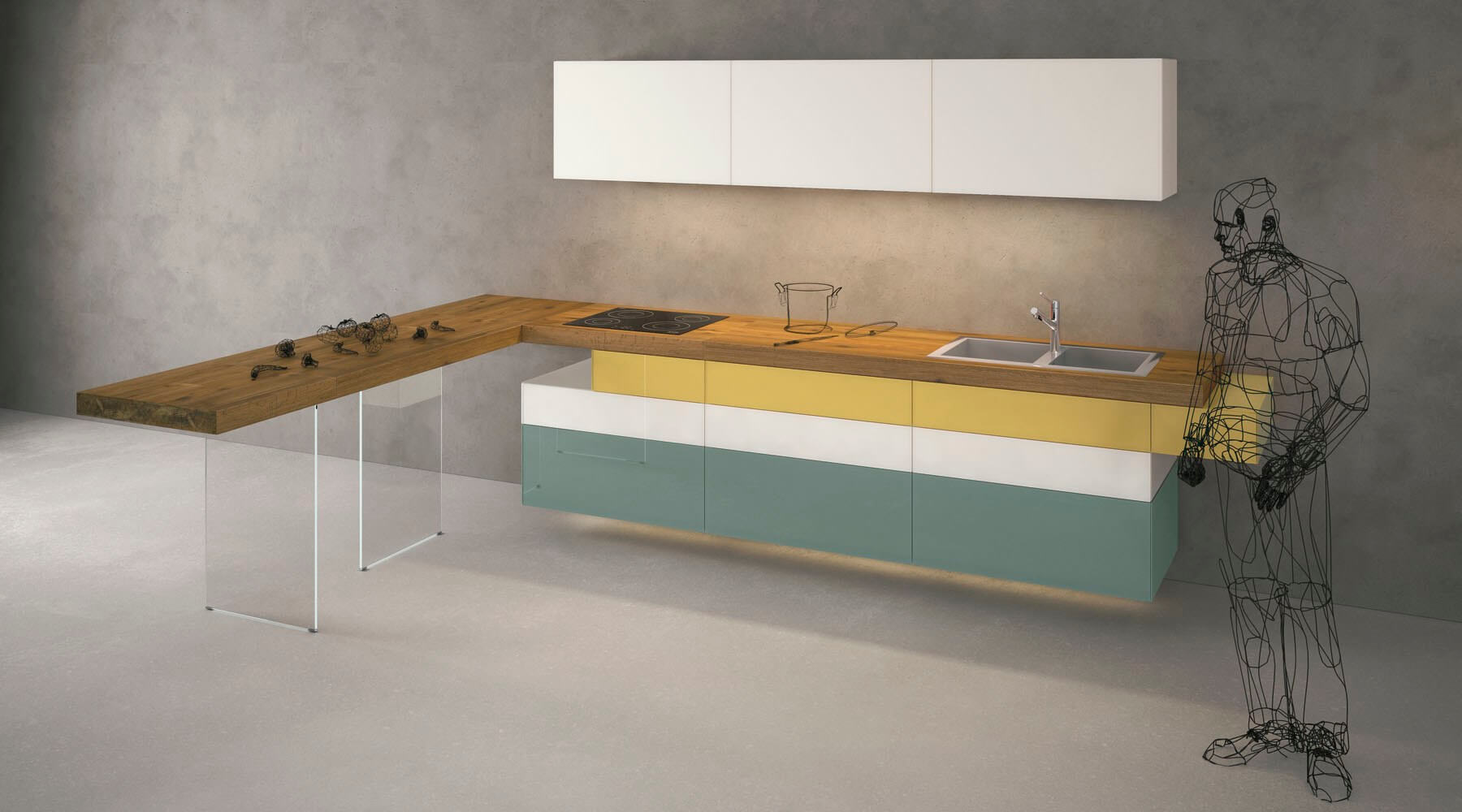 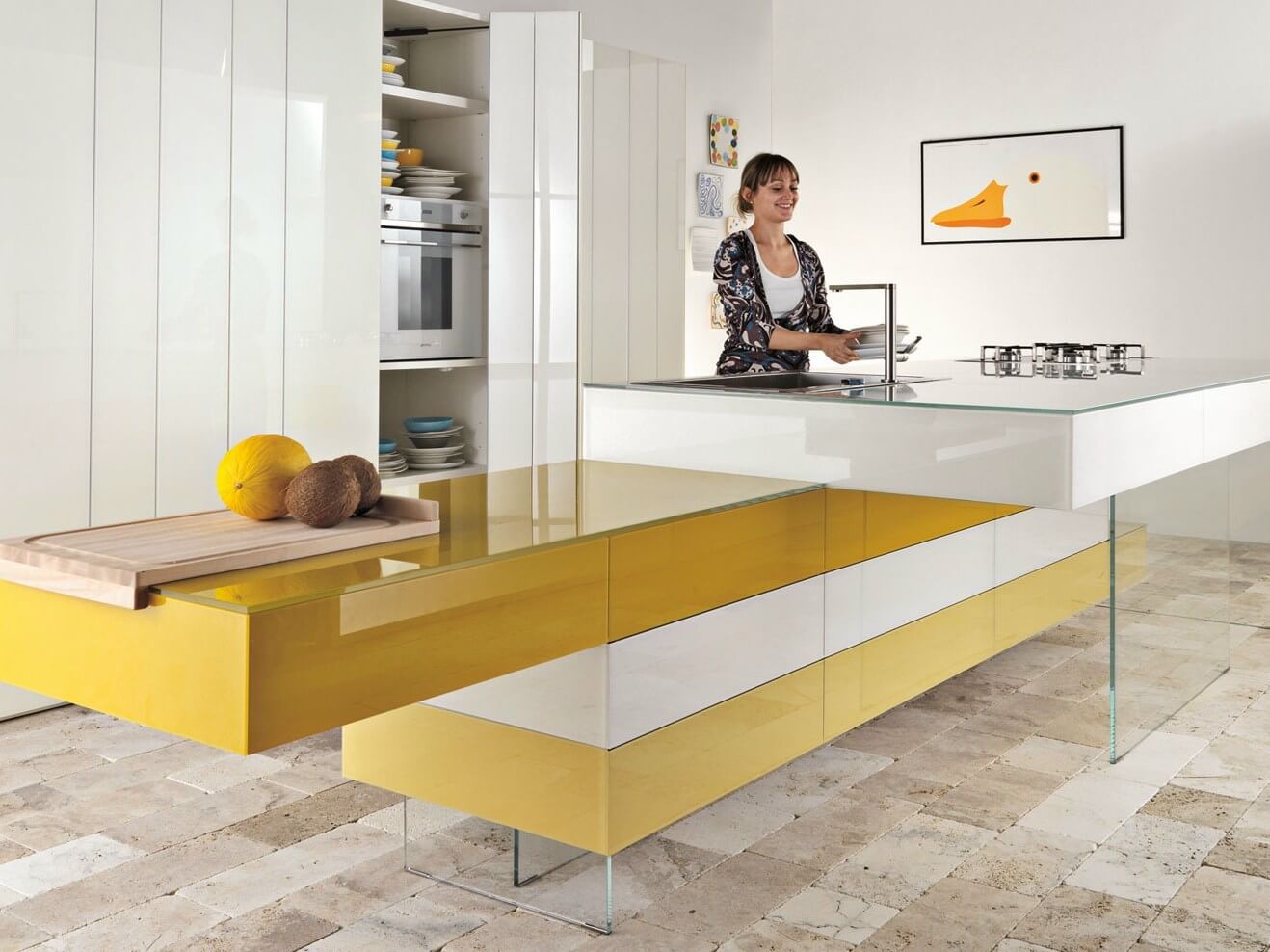 The suspension of volumes

The 36e8 kitchen is a modular kitchen, born from the same approach on which the 36e8 project was based for the living area, characterized by an extra touch of lightness compared to other Lago kitchens.

It is a totally different concept compared to standard configurations: each part of which it is composed is expressed according to measurements made in multiples of 15cm.
A revolution awarded with the Good Design Award 2009

With the square module of 36.8 cm x 36.8 cm there is a great compositional freedom, which is released from the rigid patterns of the usual configurations.
Thus a new aesthetic language is created that allows you to choose freely the containers, the depths, the finishes and the colors that most inspire you, to release the designer in you.

The 36e8 system is composed of bases, very thin tops, wall units and pantries in which you can integrate the appliances you prefer. 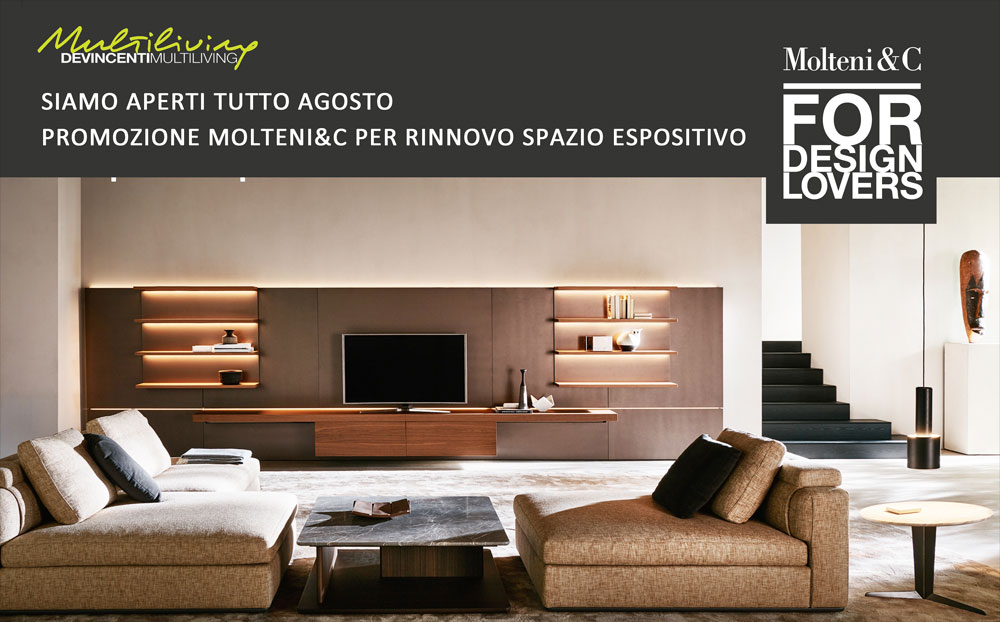